The Sint-Joriskerk Amersfoort has openings in the summers and winters of each year. During summer openings the Sint-Joriskerk invites artists, creatives, photographers or historians to host a gallery, concert or artshow.

Currently we are working on the planning of the expositions of summer 2021! This year’s theme is “An ode to the landscape!”

The summer openings will run from May 26th till October 16th 2021. You can visit the church and take a tour or visit by yourself. During the summer openings there will be expositions and exhibits, which you can find down below on this page.

There is much more to see than the outside of this impressive building. You can step inside to look around every week during openings from Tuesday until Saturday from 11 AM to 5 PM. Entry cost is €2, and includes the multi-langual folder. Children aged 0-12 can enter for free.

You can also consider visiting the church outside the visitation hours. To book a tour inside or around the church, please visit our page tours. Our expositions are announced on this page.

Exposition ‘An ode to creation’

This first exhibition is the exhibition of Margreet Pels Rijcken and Heleen van Trigt. In the exhibited works, attention is paid in various ways to the beauty and variety of Creation.

Margreet Pels Rijcken received very good drawing lessons in secondary school. After that at the horticultural school there was a subject: plant systematics. For this you had to learn from the features of different plant families by drawing them. Later she took a botanical drawing course in Leiden. During the 34 years at the Leusden drawing club Elta, many techniques and subjects were explored. Flowers and plants have always been a favorite. For the plates of the 12 months in this exhibition, she only drew what grew in her own garden.

Heleen van Trigt became fascinated as a young girl by drawing people and animals. Initially she focused on making drawings with graphite pencil. In recent years her work has been further refined and she has also started to use other techniques. Her interest is still mainly in portraits and drawings of animals, but she now also makes landscapes with trees, for which she uses various techniques (watercolor, gouache and pencil). Some of these are also on display. There are also some poems written by her that relate to the four seasons.

The imagination of Paradise is as diverse as humanity itself. We of course know the ancient description of Paradise from the religions. But what is modern-day Paradise? What are we still striving for? How does modern man achieve Nirvana?

The artists of Galerie Absolute went in search of their personal interpretation and experience of that Paradise. Completely separate from, sometimes elaborating on, the ancient meanings. The exhibition Paradise follows this quest, but whether the ultimate answer is given? Come, look and be amazed! 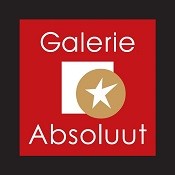 Exposition ‘An ode to nature’

The exhibition ‘Ode to Nature’ can be seen in the Sint Joriskerk from 31 July to 4 September. Almost 30 artists who are members of the KORF association have brought together their work especially for this exhibition. The exhibition shows a representative picture of nature as it can be observed and experienced.

KORF is an association of Christian artists, whose members live throughout the Netherlands. Our members include painters, draughtsmen, illustrators, sculptors, bronze casters, designers and graphic designers. The works made by the Korfleden range from figurative, semi-abstract to fully abstract and are performed in a wide variety of subjects. Made from the most diverse raw materials and with different materials. www.korfinfo.nl

See Beyond. An exposition by Rietje Bakker Art. The artist exhibits her expressions in acryllic during the period of the 13th of May to the 13th of June 2020. Additional information about this exposition will follow six weeks in advance. 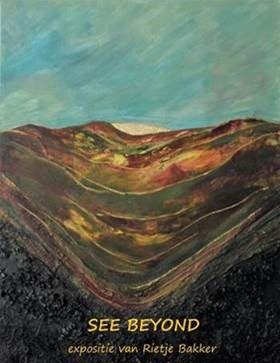